What is a Canadian Work Permit?

A Canadian work permit is the permission to take a job within Canada if you are from a foreign country. You usually need a work permit to work in Canada. In some cases, you can work without a permit.

No matter where you apply, you must:

Global Skills Strategy applicants: You can only benefit from two-week application processing if you apply from outside of Canada.

Can You Turn a Work Visa into Permanent Residency?

Can You Turn a Work Visa into Permanent Residency?

Can I Apply for a Work Visa Outside of Canada?

Can I Apply for a Work Visa Outside of Canada?

Anyone may apply for a work permit before they enter Canada. In some cases, you must apply to a visa office outside Canada. This is usually true if you need a visa to enter Canada or if you need to have a medical exam before you come here.

Find out what type of work permit you can apply for and if you can benefit from the Global Skills Strategy’s two-week application processing. If you are applying for an open work permit, leave the employer section of the application blank.

Can I Apply for a Work Visa While I am In Canada?

Can I Apply for a Work Visa While I am In Canada?

You can only apply for a work permit from inside Canada if you:

Close to 200,000 New Foreign Workers Immigrate to Canada Every Year! 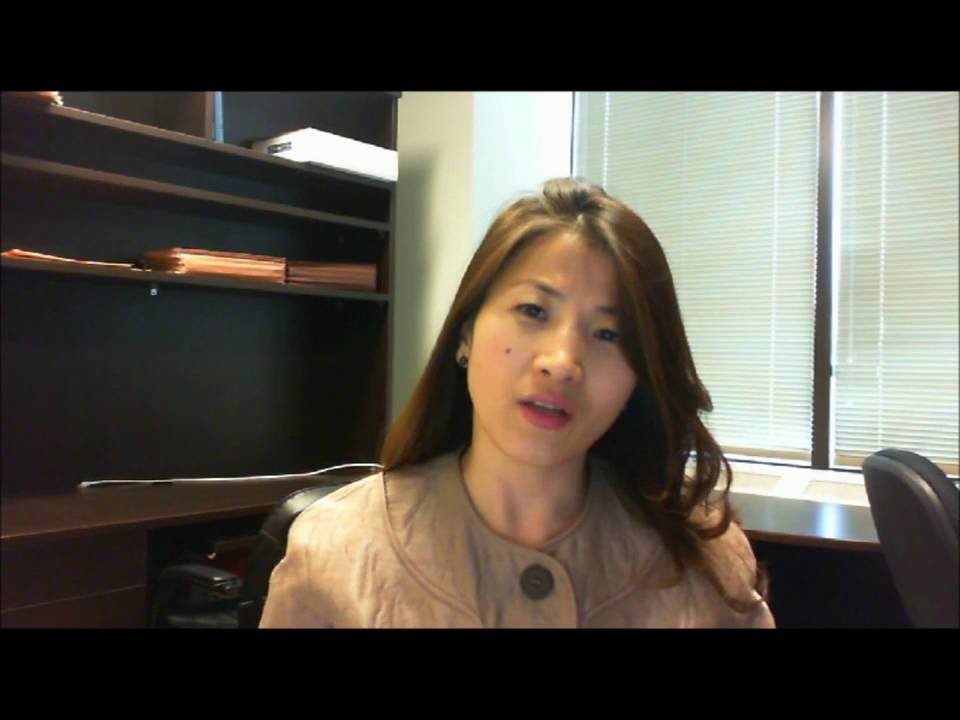 Working in Canada is an attractive option for many skilled foreign workers from all over the world. Each year, close to 200,000 foreign skilled workers come to work in Canada on Temporary Canadian Work Permits. There is no reason why this cannot be you too!

In order to work in Canada on a temporary basis, foreign skilled workers must have a temporary offer of employment from a Canadian employer and be granted a Temporary  Foreign Worker Permit by Human Resources and Skills Development Canada. If you or a family member are applying for a PR card, you can also apply via an ‘Open Work’ permit, and if you are American or Mexican, you can fast track the working visa process via the NAFTA agreement.

There are four basic steps to getting a temporary Canadian Work Visa:

Before applying for a temporary Canadian Work Visa, in most cases, you need to qualify for a Labour Market Impact Assessment (LMIAs) previously called an LMO from Service Canada. A temporary tourist visa will not provide eligibility to work within Canada

What is the difference between LMOs and LMIAs?

The procedure involved in obtaining an LMIA is similar to LMOs, but there are significant differences.:

Employers must complete a ‘transition plan’ that will explain how they intend to permanently fill the job being held by the temporary foreign worker;

Employers are required to keep more detailed records during the foreign worker’s stay in Canada;

Foreign workers in skilled trades, high paid workers with salaries in the top 10% of Canadian earnings, and employees immigrating for 120 days or less will all receive LMIA decisions in 10 business days;

A new time limit for high-wage Canadian temporary work permits may be imposed, but has not yet been announced.

The procedures and criteria involved for Low-Wage LMIAs are somewhat different than for High-Wage LMIAs. More restrictions are imposed on Low-Wage job offers than are high wage as follows:

Positive LMIAs for low-wage jobs will now allow employers to hire a foreign worker for only one year at a time.

For organizations with more than ten employees, low-wage foreign workers can make up no more than 10% of the workforce.

Transitional measures will apply to employers whose workforces do not comply with this new rule.

Canadian companies in the accommodation and food service sector as well as the retail trade sector will no longer be allowed to apply for LMIAs for jobs in ten lower-skill occupations.

Who does not need to apply for an LMIA?

As in the case of the old LMOs, Canadian employers can recruit some TFWs without an LMIA. The following are categories where temporary work permits are LMIA exempt:

Also, beginning in summer 2015 employers hiring through some International Mobility Programs must have their job offers approved by a Canadian visa office before their hired employees can request a Canadian temporary work permit. The processing fee for the job offer approval application will be $230.

The employer must send a copy of the positive LMIA along with a detailed ‘job offer letter’ to the foreign skilled worker.

Canadian companies are required by CIC to prepare a formal employment contract or what our industry refers to as the ‘Job Offer Letter,’ which must include:

Canada Service Agency will ensure that the job offer is legit and real. Once the Canadian immigration department has confirmed the job offer with an LMIA, then the CIC will grant employment authorization for the company’s future employees to work in Canada. Once the LMIA is granted, the Canadian employer can extend a temporary job offer to the foreign skilled worker.

Once you have your LMIA and ‘Job Offer Letter’ squared away, you then can apply for a Canadian Temporary Work Permit. If the employer that is hiring you is in the province of Quebec, then you may also need to obtain a Certificat d’acceptation du Québec (CAQ)in order to work temporarily in Quebec. In some cases, when applying for a temporary foreign worker permit, you will be required to attend an interview with a visa officer. If the visa officer is satisfied that the foreign worker’s employment will not adversely affect employment in Canada for Canadians and that the foreign worker qualifies for the position, then a Canada Work Permit will be issued.

Note: In some cases, applicants from certain countries will be required to undergo medical examinations.

A Canada Border Services Agency (CBSA) officer will issue the Canadian Temporary Work Permit at the point of entry when the skilled foreign worker arrives in Canada. Depending on the foreign worker’s country of citizenship, a Temporary Resident Visa (TRV) may also need to be obtained in order to enter Canada. There are a few more minor steps and processes to obtaining a work visa.

Who is eligible for the Bridging Work Permit?

What are the requirements?

In order to be eligible, you must fall into one of the above categories, and you must also meet the following criteria:

This new ‘open work permit’ is a significant program in Canadian immigration and allows applicants to work during the processing of their PR applications.

New entry requirement now in effect: visa-exempt foreign nationals who fly to or transit through Canada need an Electronic Travel Authorization (eTA). Exceptions include U.S. citizens and travelers with a valid Canadian visa. Canadian citizens, including dual citizens, and Canadian permanent residents cannot apply for an eTA.
Important: If you are stateless or if you are traveling with a travel document issued to non-citizens, such as a foreign passport or a refugee travel document, you need to apply for a visa to visit or transit through Canada.

Are you a citizen of the USA who wants to work in Canada? If so, you can fast track your way to working in Canada via NAFTA. Americans are applying for a Canadian work permit in record numbers and, if applicable, you should take advantage of this opportunity! The Canadian economy is strong and is taking in many U.S. Citizens looking for work. The good news is that we have the NAFTA Agreement. NAFTA makes getting a Canada work visa for Americans and Mexicans much easier. What is required is a job offer from a Canadian company in a field listed in the NAFTA agreement, proof of qualifications including work experience and education, as well as citizenship.

Working in Canada While on a Student Visa

Do all foreigners require a Canada Work Visa?

No. Certain persons are EXEMPT or do not require Canada Work Visas, such as:

Note: Other exemptions are found in the Canadian Immigration Regulations.

If I work in Canada on a work permit, can I get permanent resident status?

Possibly. If you work in Canada for one or more years under a valid work permit, you may be eligible for permanent residence under the Canadian Experience Class or another category depending on your job classification and your language proficiency.

Can I apply for a temporary work permit and a Canada immigration visa?

Yes, you can. You may apply for a temporary work permit on its own or in combination with an application for a Canada immigration visa.

How long will it take to get my work permit?

Work permits that are applied for at a Canadian Port of Entry can be issued the same day (which is rare). Most Canadian work permit applications are filed outside of Canada and are released within a matter of days or weeks, depending on whether or not a medical examination is required and the workload at the particular visa office to which you applied.

Why Seeking Professional Help for Work Visas is Important

Often, employment and business opportunities are time sensitive and for that reason having a legal representative in Canada with expertise in the area of work permits is the most efficient way to proceed. For work permits, there is a higher risk of refusal in cases where the application is not properly prepared. The standards are very high. The documentation and processes involved in successfully obtaining a work permit are complex and usually require legal expertise. You are also not guaranteed a work visa renewal if you have received one before. Legal representation will better your case to ensure a renewal for Canadian work visa. It is recommended that you seek professional immigration help to consult with your particular case. Many professional immigration law offices will help people from all around the world without the need for a face-to-face interview or consultation. These agencies use online tools such as video chat, phone calls, and email to speak with those looking for help obtaining a visa.

Why Hire Us to Help You With Your Work Visa Applications

We have helped thousands and thousands of people worldwide successfully enter Canada on a work permit, and we are very certain we can help you too. No one can guarantee an approval (not even us), but we are confident with our years of experience and current success rate that we can significantly increase your chances at a positive outcome for your case.

The first step towards a successful Canadian working visa application is getting an evaluation of your case. Fill out our online immigration evaluation, and we will get back to you within 24 hours to discuss your eligibility and visa options. Call us today at 1.866.449.5904 for an assessment to see if you are eligible to move to Canada, or fill out our online assessment form.