Read More About: US Denied Entry

If you have been denied entry or are worried about being denied entry to the United States, we strongly recommend you speak to an immigration professional about this matter.

Why Could You Be Denied Entry to the US?

If you have been refused entry to the U.S., it is likely because you are subject to one of the many grounds for inadmissibility listed under the Immigration and Nationality Act. These include if you:

Entering the US with a Criminal Record

One of the most common reasons an individual may be denied entry to the U.S is due to “criminal inadmissibility”. This is a category that covers a variety of situations. However, having a criminal record does not always mean a person will be considered inadmissible. Criminal inadmissibility may apply to those who have been convicted of:

Individuals who are considered inadmissible to the United States will often apply for a U.S. Entry Waiver. While a number of non-immigrants may be qualified, eligibility will always depend on the grounds of their inadmissibility. They must be able to convince Customs and Border Protection, along with U.S. Citizenship and Immigration Services, that they are no longer a threat to the security of the country. There are 3 criteria to be considered for an application for a waiver of inadmissibility:

Waivers of inadmissibility are granted for a period of 5 years, but could be issued for a shorter period at the discretion of the immigration officer.

The following list of articles provide further explanations as to why you may be or may have been denied entry to the US.

Inadmissibility to the U.S Affects Many People

Under increased border security, the days of easy access to the U.S. are long gone. Inadmissibility affects many people, but for some, there is hope. The details of your denial are important, and can mean the difference between denial and acceptance. 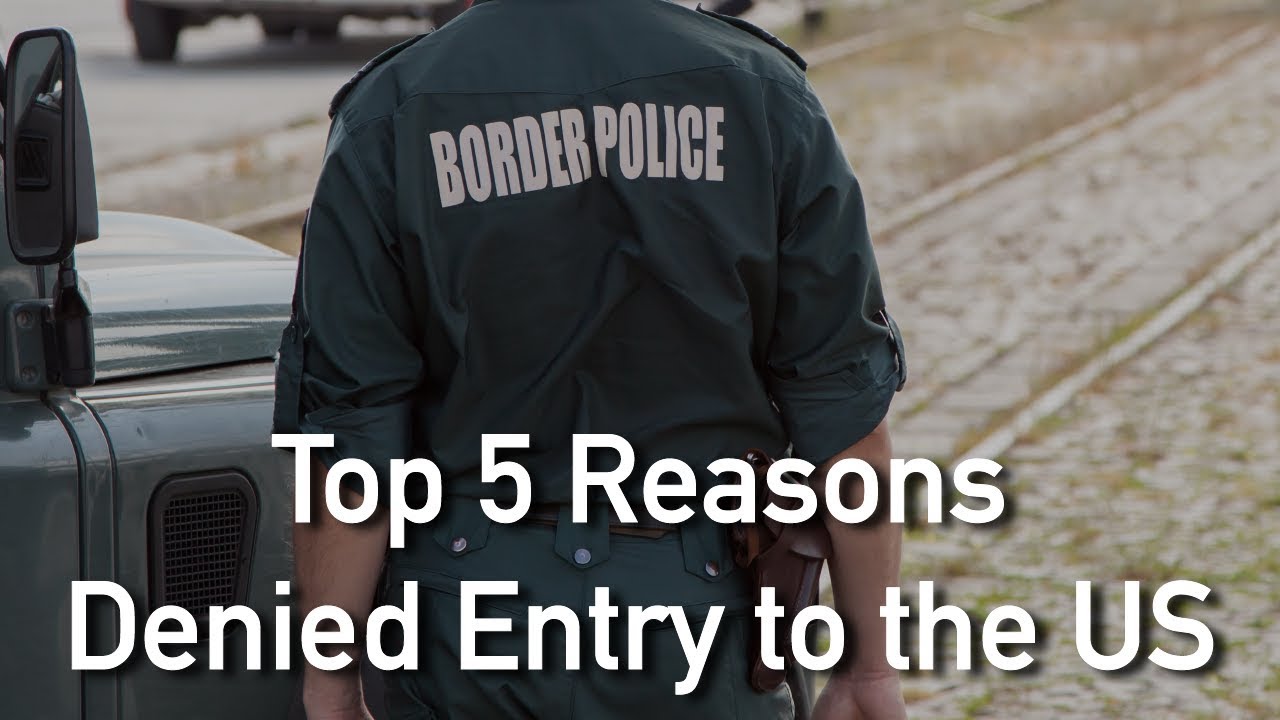 The good news is even if you have attempted to enter the U.S., and you have been denied entry, there might still be an opportunity for you to enter the country.

The US government amended the regulations related to “public charge” as a ground of impediment to obtaining permanent resident status or entering the United States with an immigrant visa. “The final rule includes definitions of certain terms critical to the public charge determination,” as detailed in the Federal Register in August.

What is a Public Charge?

A public charge is “an individual who receives one or more designated public benefits for more than 12 months, in the aggregate, within any 36-month period.” Public assistance can come from nine programs, including Medicaid, public housing, and food stamps.

February 24, 2020, the Inadmissibility on Public Charge Grounds was implemented in all states, including Illinois as the Final Rule

*The US District Court for the Southern District of New York announced on July 29th, 2020, two preliminary injections that block implementing and enforcing the current public charge rules and policies during a declared national emergency in response to COVID-19.

Reasons Why You Could Be Refused Entry to the U.S.

If you have been refused entry to the U.S., it is likely because you are subject to one of the many grounds of inadmissibility listed under the Immigration and Nationality Act. These include if you:

Were You Denied Entry to the U.S. Due to a Criminal Record?

One of the most common reasons that an individual is denied entry to the U.S. is due to “criminal inadmissibility”. This is a category that covers a lot of situations, but that does not mean that a person with a criminal past would be inadmissible.

Criminal inadmissibility includes if you have been convicted of:

What are "Crimes of Moral Turpitude"?

According to the legal definition, crimes of moral turpitude relate to conduct that is inherently “base, vile, or depraved, contrary to social standards of morality and done with a reckless, malicious, or evil intent”. This somewhat archaic definition covers a large spectrum of offences from common assault to drug offences, but generally relates to the following crimes:

Crimes that are Exempt

Not all criminal records result in being denied entry to the U.S. Crimes that are not considered a CMT include where the individual has committed only one crime of moral turpitude, and:

How Are Waivers Decided?

There are 3 criteria for an application for a waiver of inadmissibility:

How Long are Waivers Valid for?

Waivers of inadmissibility are currently valid for a period of 5 years but could be issued for a lesser period at the discretion of the immigration officer. If the waiver is granted, the applicant can enter the U.S. despite his or her criminality and is required to display the waiver for each and every entry during the currency of the waiver.

How Do I Get a Waiver?

The procedure for applying for a nonimmigrant waiver involves:

We also recommended that 3 character references be included. If you have been convicted of a narcotics offence, then you should undergo a drug test and provide a letter of clean record from a physician. Once the application package is ready for submission, you will attend at a designated port of entry to fill out an application in person and pay the application fee. Fingerprints will be taken during this process.

Processing time for waivers ranges from 6 to 9 months and the results are mailed to the applicant. If the application is denied, the applicant has 30 calendar days to file an appeal to the Board of Immigration Appeals or the Administrative Appeals Unit. Given the wide range of offences caught by the criminal inadmissibility provisions, it is essential that your potential criminal history is investigated before entering the U.S. for business or pleasure.

Why You Need Legal Help With I-192 (Waiver) Applications

Whenever someone is denied entry at the border, the individual is not only unable to enter the U.S., but he or she faces an unexpected trip back home (not to mention feelings of humiliation and depression). However, in addition to exploring opportunities to waive inadmissibility, a legal expert can help ensure that an individual is not wrongfully denied entry in the first place. Not every crime on a person’s record makes him or her inadmissible. It is therefore important to carefully investigate your background to determine if, despite whether you have committed a crime, you may still be able to enter the U.S.

Why Hire Us to Help You With Your Denied Entry Case?

For over 15 years, we have helped countless individuals who thought they had no hope in entering the States due to a refused entry with their cases. Our experience with immigration law has allowed us to help individuals enter the U.S., who otherwise would have not had the opportunity.

The first step towards dealing with a denied entry to the U.S. is getting an assessment of your case. Fill out our immigration assessment form and we will get back to you within 24 hours to discuss your eligibility and options.