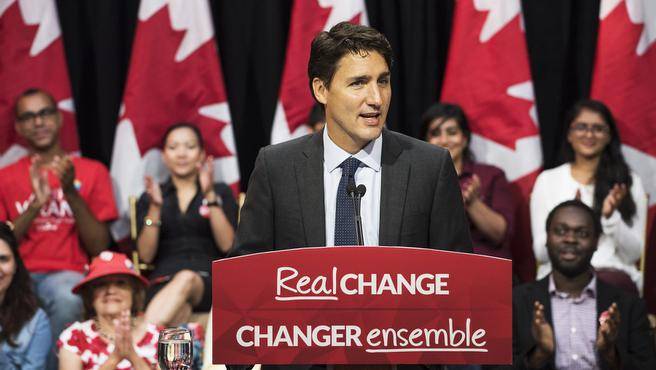 Canada to offer temporary residency to travelers stranded by U.S

Prime Minister Justin Trudeau has been the front runner for promoting a safe environment for refugees fleeing their dangerous homeland. He has been watching the United States this week and the changes that the President has enforced. Canada has offered to house travelers stranded because of the new ban on Muslim-majority countries entering the United States. Canada has already seen an impact in their own country by the United States denying passengers back into the states trying to cross the border.

Immigration Minister Ahmed Hussen told a news conference he did not know how many people might be eligible but said only a handful of passengers headed to the United States from Canada had been denied boarding.

Trump’s decision on Friday, which also affects refugees, left many people uncertain of whether they could enter the United States.

“Let me assure those who may be stranded in Canada that I will use my authority as minister to provide them with temporary residency if they need it,” Hussen said.

Liberal Prime Minister Justin Trudeau’s government has refrained from criticizing the United States, which takes 75 percent of Canadian exports, preferring instead to stress Canada is open to refugees.

“Every country has the right to determine their policies,” said Hussen.

The Canadian Council for Refugees and the Canadian Civil Liberties Association, or CCLA, called on Ottawa to withdraw from a Safe Third Country agreement with the United States, under which Canada returns asylum seekers crossing the border.

“There’s a danger that the U.S. is doing blanket detentions and deportations … and not honoring asylum claims,” said CCLA Executive Director Sukanya Pillay.

Such a move would be diplomatically insulting and Hussen said the pact would remain unchanged for now.

Local and national politicians have condemned Trump’s ban and the opposition New Democrats want an emergency debate in the federal Parliament.

The U.S. Consulate in Toronto said it would suspend services on Monday because of a planned demonstration.

More than 200 Canadian technology company founders, executives, and investors said on Sunday that Ottawa should immediately give temporary residency to those displaced by Trump’s order.

“(We) understand the power of inclusion and diversity of thought, and that talent and skill know no borders,” they said in an open letter.

Canada wants to attract tech workers from abroad while retaining those who are often lured away. Immigration to Canada is very important for the growth of the country’s economy. Canada provides many Canadian work permits in order to maintain their need for foreign workers. Many tech workers immigrate to Canada for their acceptance and need for higher-skilled workers in the tech field. More than 300,000 Canadians work in California’s Silicon Valley.

“Are they going to keep their conferences in the U.S., knowing that so many people are going to be barred?” he said.

Are you interested in immigrating to the U.S. or Canada?

We have helped thousands and We Can Help You!

Contact VisaPlace Today. All our cases are handled by competent and experienced immigration professionals who are affiliated with VisaPlace. These professionals consist of lawyers, licensed paralegals, and consultants who work for Niren and Associates an award winning immigration firm that adheres to the highest standards of client service.