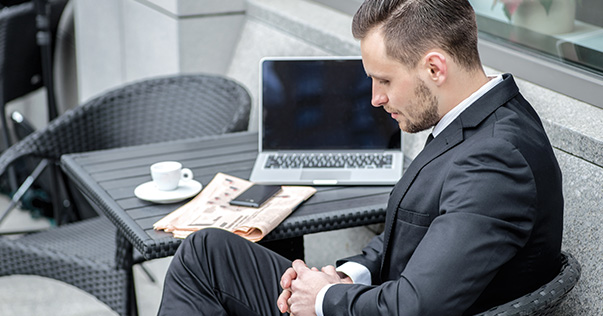 The Next Step After An E-2 Visa Denial

The United States of America provides terrific opportunities for entrepreneurs to expand their business into a market of more than 300 million consumers. However, the process of obtaining an E-2 investor visa is complex and lengthy, including specific qualifications that must be met to gain entry to live and work in the U.S. under this program.

Some applicants are surprised when their application is rejected because they believe that they’ve met the prerequisites. If your E-2 visa is unexpectedly denied, you should go over the paperwork in detail to figure out if it makes sense to re-apply.

Determine If You Can Reapply

The United States has a lengthy list of laws that can potentially disqualify applicants attempting to secure a visa to live and work within their borders. Depending on the reason that you’ve been declared ineligible for an E-2 visa, you may have to file additional paperwork, or you may be barred regardless of the application you submit.

Permanent reasons to be barred from obtaining a visa are listed in the Immigration and Nationality Act. Some of the issues that would result in a permanent ban include criminal, health and security related issues, as well as overstaying during a previous visit. These types of ineligibilities are considered very serious, which will make it exceedingly difficult to successfully apply for an E-2 visa. The only hope is to file for a waiver of ineligibility, which requires you to consult with your consular office.

If you’re unable to receive a waiver under the Immigration and Nationality Act, the odds of a successful re-application become drastically reduced.

If the reason that your E-2 visa was denied revolves around the failure to establish that you’ve met the requirements, you may attempt to re-apply in the future. In order to reverse the previous decision, the best route to follow focuses on ensuring that you make the right changes to your application before submission. Directly address the problems reported by officials to greatly increase the probability of success. The following are some of the most common reasons why an E-2 visa is denied:

If you’re unable to show that, as a principle investor from a treaty country, you own at least fifty percent of the business that you’re planning on bringing to the United States, you will be determined ineligible. If you’re applying as “an essential employee, employed in a supervisory, executive, or highly specialized skill capacity,” you must be able to prove that the business itself is at least fifty percent owned by persons from the treaty country.

As a principle investor, you must have full control over the funds committed to the enterprise you wish to build in the United States.

One of the trickier requirements of E-2 visas involve figuring out the amount required to convince the United States that you’ve committed a substantial amount of fund to the project. A myth that often circulates states that you require a minimum of $100,000 to successfully apply. However, E-2 visas have been granted to visitors with less capital invested, suggesting that the minimum requirement revolves around having enough money to successfully run the company.

For the investment to be considered genuine, the “investment funds or assets” must be “committed and irrevocable”, and the capital that you’re set aside “must be at risk in the commercial sense.” As such, if the business that you’ve set up for your E-2 visa is a “paper organization, speculative or idle investment”, you’ll need to show otherwise, or your re-application will be denied.

For Business Purposes Only

The E-2 investor visa program is considered a route for foreigners to create wealth in the United States, benefitting both the entrepreneur and the United States economy as a whole. If the border agent believes that you’re attempting to secure citizenship or live and work in the U.S. for reasons outside the E-2 program, you’ll need to convince U.S. officials otherwise, proving that you’re a principle investor or an essential employee. If you’re considered to be neither, you’ll be classified as an ordinary skilled and unskilled worker, neither of which qualify under the E-2 visa program.

The U.S. Must Benefit

The business enterprise that you’re starting in the United States has to be profitable enough to create jobs for Americans. If they believe that your business will generate enough income for you and your family, you’ll need to prove that the E-2 visa will produce mutual benefit, enriching the United States in the process.

All our cases are handled by competent and experienced immigration professionals who are affiliated with VisaPlace. These professionals consist of lawyers, licensed paralegals and consultants who work for Niren and Associates an award winning immigration firm that adheres to the highest standards of client service.