In early 2011, rapper The Game was scheduled to play several shows in Canada, but after flying to Canada from Los Angeles he was denied entry. The Game also claimed he was going to be detained for up to two weeks while his case was being processed. 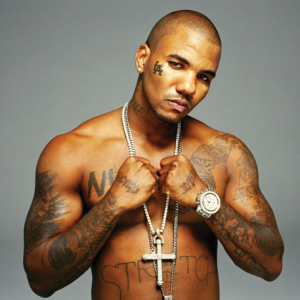 “I’m being detained in Canada for 14 days until they process my inadmissibility, then I’ll have a hearing heard by a judge,” he tweeted at the time. “At that point the judge will decide to either deport me or give me a sentence for violating Canada’s immigrant entry laws.”

“Customs officials just denied me entry into Canada. I’m sorry 2 all my fans but I was mislead by promoters & assured I would be able 2 enter,” he continued.

However, when asked about the case, Canadian officials said that when a foreign national is detained, they are legally required to have a review hearing before the Immigration and Refugee Board within 48 hours and there was no way he’d be detained for 14 days.

Why would someone be denied entry to Canada?

A criminal history is one of the major reasons people, including celebrities, are denied entry to Canada. The Game had been recently sentences to 60 days in jail and 150 hours of community service after a fight at a basketball game in 2007.

However, concert organizers later made a statement saying that it was alleged gang ties that led to his denial of entry.

“We were informed credible evidence had been obtained by Canadian customs to allegedly prove The Game is a member of the notorious gang The Bloods. Based on this intelligence they received – combined with his alleged association to organized crime – Canadian customs declined him entry into Canada… Customs insisted the reason was strictly his current gang affiliations.”

A criminal record or even evidence of criminal ties can get anyone denied entry to Canada. But, there are ways to overcome this criminal inadmissibility.