Want to work in British Columbia? You might require Canada Work Permit renewal 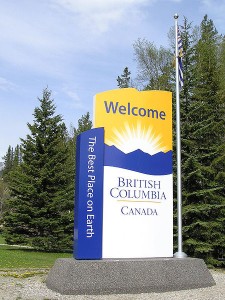 Immigration to Canada is hard enough;  being allowed to stay is another story.

Shortly after coming to Canada, some visitors and immigrants will try to get jobs in the country. To work in in this country you would need a Canada Work Permit. People who have moved to Canada temporarily with the desire of remaining in the country long –term often do those jobs no one else wants-low-paying menial occupations such as housekeeping and hotel work. We have all seen the stereotype of the taxi-driver with the PhD come into play on a daily basis.If these people coming into our country our doing the jobs that no one seems to want and people look down upon, then why are we making it hard for them to stay in Canada to work them?Some may argue in these hard economic times after a double recession –the worst in recent history, we should keep our jobs for our citizens. This is agreeable is a high poverty rate and it can be difficult nowadays to find a minimum wage job.

Regardless, it is a lengthy and costly process for a non-Canadian citizen to get a Canada Work Permit.

One couple and their baby are being sent back to Mexico after being denied entry permits.  Melani Montemayor, Jose Cornejo, and Addison Montemayor were on a work permit in Valemount, British Columbia, however, after it expired, they were not granted one.

Jose was not happy with his current employer and was offered another job that he wanted to take, however, the only way he could take it is with a Labour Market Opinion (LMO).

An LMO stipulates that the employer has to advertise the job to prove that they tried to hire locally before accepting foreigners for the position. This process supposedly takes 6-8 weeks.

Implied Status
In this families case it took a lot longer. When they called Citizenship and Immigration Canada, they were offered “implied status”, which would allow them to continue working for their current employer if they applied for a new Canada Work Permit.  The family was not aware that it would only cover their current employer.
Due to a number of misunderstandings and difficult process, the family was not able to remain in Canada. With an experienced and well-versed immigration lawyer, they might have stood a chance.
Immigration Lawyer Michael Niren of Niren & Associates, was recently quoted in an article about the family by the Rocky Mountain Goat newspaper.  Check out the article below: http://www.therockymountaingoat.com/2012/02/22/family-sent-home-due-to-work-permit-snag/