DOMA (the Defense of Marriage Act) is a federal ruling that classifies marriage as a legal partnership between a man and a woman. Marriage between same sex couples is legal in several states in the US. However, the federal government will not recognize these marriages, due to the DOMA ruling.

Immigration law in the US is conducted at federal level, both when it is written and executed. Consequently, DOMA has stopped gay and lesbian people from applying for a green card (i.e. legal immigration status) for their same sex spouse. Furthermore, DOMA has stopped a same sex partner from being regarded as a “qualifying relative”, to facilitate the cancellation of hardship and removal waivers.

Immigrants who want to gain permanent residence, via a same sex partner, are highly advised to seek legal guidance before filing a petition with the US Immigration and Citizenship Services. Trying to file a petition too soon might lead to the immigrant partner getting placed in deportation (i.e. removal) proceedings.

Similarly, immigrants in a same sex partnership, who are currently in removal proceedings, are highly advised to seek legal guidance to learn about all the available options. A good immigration lawyer will work hard to keep up to date with the constantly changing rules in this particular field of immigration law.

Recently, there have been numerous encouraging court decisions that recognize the right of a same sex couples to get married. Furthermore, on 23rd February 2011, the Obama government stated that it would stop supporting the DOMA ruling’s constitutionality in federal court.

Significant developments like this represent good news for lesbian and gay immigrants, as well as their families. Nonetheless, it is essential for immigrants and their partners to bear in mind that DOMA will remain in law until Congress can repeal this law, or until a final decision from the courts can be rendered. Unfortunately, as things stand, any decision from a federal court that declares DOMA to be unconstitutional, will almost certainly be taken to the US Supreme Court on appeal.

At the moment, there is too much political opposition for same sex couples immigrating to USA. However, many people in the US hope that couples of the same sex will be able to enjoy marriage equality, along with immigration equality, in the not too distant future. A reputable lawyer will monitor all the relevant legal developments closely. Hiring a skilled lawyer will ensure that you have the best chance of being able to stand up for your rights, and the rights of your partner, when it comes to your options for immigration. 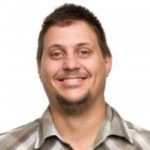